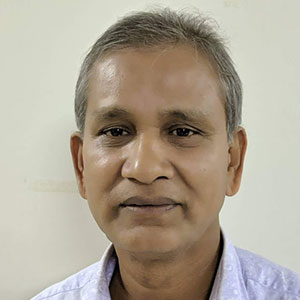 Dr Mohammad Hanif Ali is a Professor in the Dept of Computer Science and Engineering at Jahangirnagar University  where he has been a faculty member since 2003. He worked in Bangladesh Atomic Energy Commission from 1982 to 2003.

Prof Hanif completed his Ph.D. at South Bank University, London (1993); his graduate and undergraduate studies in the Dept of Physics at Jahangirnagar University in 1981 and 1979 respectively. His research interests lie in the area of Healthinformatics, Cognitive Impairment, ASD, BrainInformatics. He has collaborated actively with researchers in several other disciplines of computer science, particularly neuro-generative disorder on problems at the hardware/software interface.

He has published more than 60 researech article in peer reviewed Conferences and Journals.